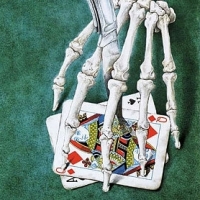 Golrush007 South AfricaPosts: 3,100Quartermasters
September 2008 in Off Topic Chat
I'm sure some of you are aware that September 15 is Battle of Britain day.

I'm not sure how widely known it is elsewhere - In South Africa it is more-or-less unknown except amongst people like myself who have long been interested in the battle.

The battle has always stood out to me as one of the defining battles of the 20th century since so much depended on Britain remaining unoccupied. I think the story of the battle will always remain one of the great wartime stories.