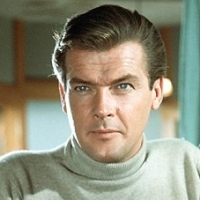 James Suzuki New ZealandPosts: 2,405MI6 Agent
March 2013 edited March 2013 in James Bond Trivia Challenge
To coincide with the Ranking the Moore films thread I thought I would make a Connery one, ranking his 6 official Movies.
I just want to say this, I'm not the biggest Connery fan, I find him a bit overrated, but I do enjoy his movies a lot and I respect him for what he did to the franchise.

6. Diamonds Are Forever-
Now, it is not Connery's fault that I have trouble watching this movie, it is the plot. It is sleep-inducing, Charles Gray's Blofeld is awful, I keep on thinking he's about to say, "Just a jump to the left...!" The ending is a let down and the action scenes are dire except for the brief one in the elevator which I thought was quite well done. Not even the gorgeous Jill St John or the brilliant Barry score can save this film.
4.9/10

5. Goldfinger-
This movie, this low! Lower your crossbows. I've already expressed my opinion of this film in the Moore thread. I feel like it is super overrated. Pussy Galore seems non-attractive, the special effects seem worse then a home movie, the whole faking a gas attack scene and Pussy's flying circus is ridiclous, but much like in a Moore film, but it is played seriously which just makes it worse. I don't see what's great about the villain either, he doesn't do anything really ruthless. You don't see him paint the girl gold, he seems fat and pathetic. But I must admit, Connery's performance is fine here, even though his Bond seems to suck balls in this film, he gets captured half way thorugh the film and stays captured till the end! But the DB5 is my favourite Bond car and I love the Title song.
5.9/10

4. You Only LIve Twice-
Okay, just okay. The plot works, even though it is ridiclous, just have to accept it, that is what I feel. Connery is fine in the role, but the Japanese bit was weird! Blofeld was awesome and I loved how they handled the whole Bond dying at the start sequence.i
The girls are pretty cool, nice to see some Japanese woman for a change, very beautiful and the scenery is top-notch. Love the little-Nellie scene and the score has a nice airy, melody feel to it.
6.6/10

3. Thunderball-
I never really understood this movie. I use to not really like it. I found the action scenes in the water dull, the tension of the nuclear bomb threat almost nil and the plot confusing. But, I love the gadgets, the characters, the Bond girls ( :x :x hot :x :x ) the shark attack and the villain is interesting.
It holds itself up well as a piece of the 60's and the score and title song is perfect.
7/10

2. Dr. No-
Yes, the novel, DR No is my favourite Fleming novel, I love the action and suspense and the characters. The film adaption isn't perfect, but It is good. The songs, Underneath the mango tree, the Bond theme etc. are awesome and the characters come up from the novel. It drags a teeny weenie bit in the 1st quarter of the film but it picks up. Honey Rider is great and all.
7.9/10

1- From Russia with love-Love it. Yes, I like the Moore movies but this film is awesome. The Bond girl reeks with beauty and hotness (no Nude scene X-( ) the villains plot is credible, interesting and what brings the movie along. Bond is great in this and Red Grant is a terrfic villain played really well. It is a little dark, but most enjoyable and it does feel straight out of the Cold War era. I like how they show Instanbul, love the Orient Express scenes, the ending etc. The score by Barry has a real nice, spy feel to it and the song by Matt Monroe is a piece of history preserved.
8.7/10
“The scent and smoke and sweat of a casino are nauseating at three in the morning. "
-Casino Royale, Ian Fleming
«1234»