Who Should Score Bond 24? 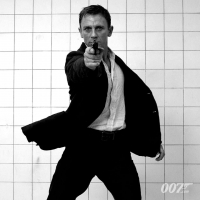 Bond_James_Bond +++ Classified +++Posts: 546MI6 Agent
November 2014 in James Bond Music
We now know that Sam Mendes will be directing Bond 24 and along with him it is most likely to be the return of Thomas Newman to score the film.

Although I thought Newman did a good job of Skyfall, it was not an amazing soundtrack.

One composer I have been listening to recently is Brian Tyler who I think would do a fantastic job with a Bond soundtrack.

He has recently done quite a few of the Marvel films and recently did the TMNT film with Megan Fox. The music of this film was by far the greatest part of this film.

If Christopher Nolan was ever to direct (which I hope will happen) he would more than likely bring the likes of Hans Zimmer with him - however I think we are a long way from this ever happening.