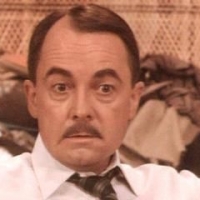 
Bloke on the rearseat‘s outstanding performance in The 19:00 deadline is set so that everybody has enough time to find their DVDs/Blu Rays, boot their players and get done with the menus and pause right before the gunbarrel sequence.


- Please make sure that everybody has their BluRay/DVD/VCR ready and start the player latest 19:00 GMT to get done with all the dodgy menus.
- PAUSE YOUR PLAYER RIGHT BEFORE THE GUNBARREL
- HIT PLAY PRECISELY AT 19:10.
I‘ll post some timecodes during the thread just in case that somebody has messed it up
President of the 'Misty Eyes Club'.
Dalton - the weak and weepy Bond!
«1234567…14»