Where is this Los Angeles Ray Donovan location? 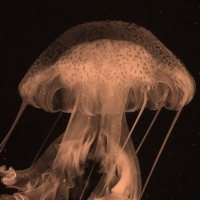 Jellyfish EnglandPosts: 361MI6 Agent
November 2020 in Off Topic Chat
Hi everyone, I'm hoping someone here can help me with my nerdy request. Ray Donovan is one of my favourite TV shows, and I've been finding some of the Los Angeles landmarks on Google Earth, Street View etc. I'm looking for the place in the picture below, but haven't come up with anything. Does anyone recognise it? There are two buildings with illuminated blue signs but I can't find them. Thanks to anyone who can help.