We all know Casino Royale (1967) (the "funny" version) is a James Bond movie in name only, not actually funny, and incompetently put together. But for 130 minutes and a bigger budget than You Only Live Twice, surely it deserves more objective analysis from us BondObsessives.

So lets Pros-and-Cons-ify shall we? 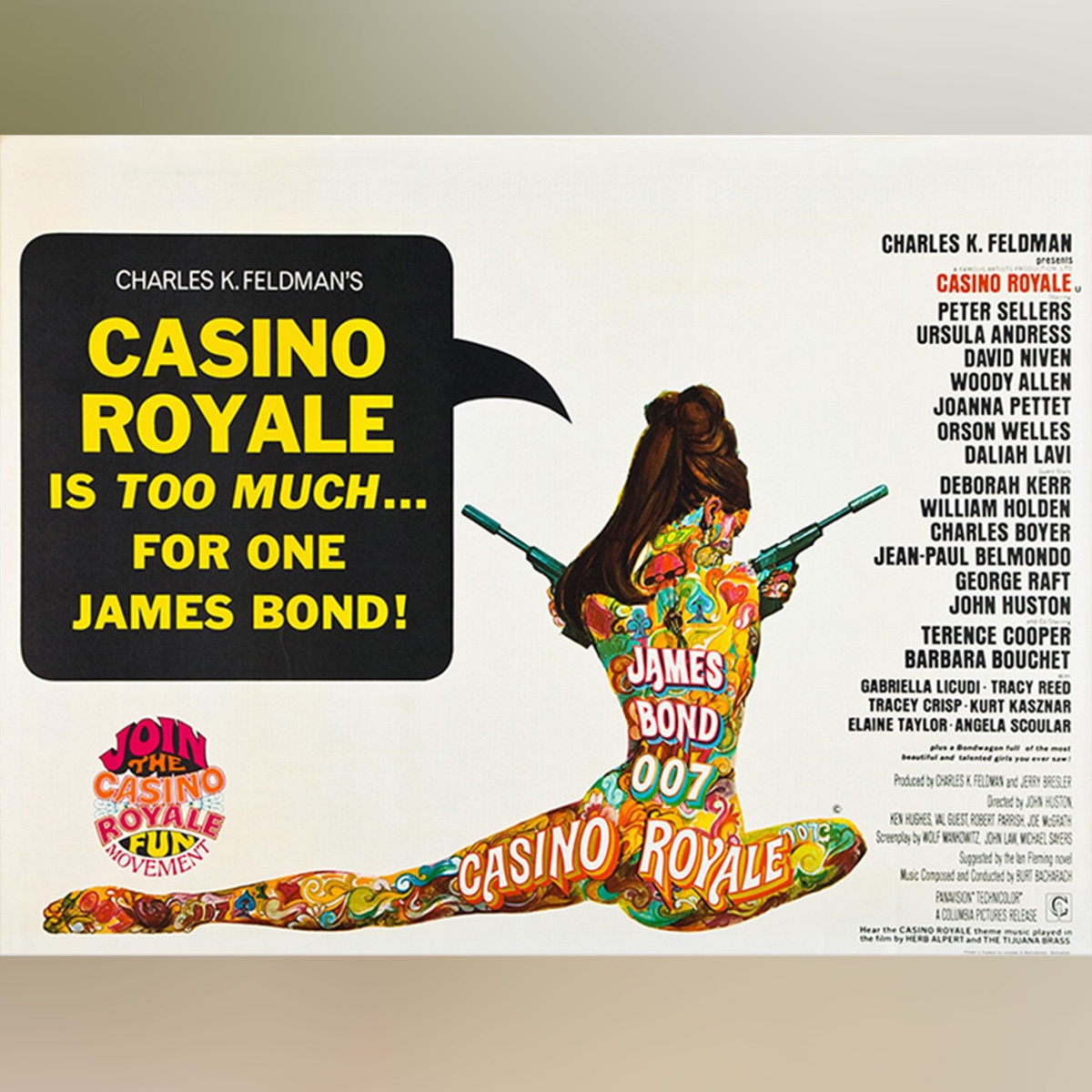 I could not find a more general Casino Royale (1967) topic, surprisingly enough. The fact there is another more popular film of the same title with hundreds of threads does confuse the search.

So we may also use this thread for more general non-Pros-and-Cons related discussion of the film. I did a lot of reading on the film's backstory these last couple days and may post links and summaries of some of what I've learned after completing my own Pros-and-Cons-ification.

Please fellow agents, when Pros-and-Cons-ifying this film, do not simply say "Pros: none, Cons: all". Do you seriously think the Look of Love is a Con? if there's one Pro, then there must be others, try to think of one. And when listing Cons, whether within the film or behind-the-scenes, be specific as to how your Con makes this a worse film than it might otherwise have been.