I thought I would try to 'improve' Spectre. But there are ground rules. It can't be a page one rewrite, that would be too easy. Instead I will work within as much of the story as possible but fixing the 'problems' that many fans have with the film.

For example, while the third act will significantly change, the MI6 HQ demolition and bridge helicopter crash will still occur.

I have an idea for resolving the 'brother' plot point but won't reveal it for now.

The finished script won't be put online until next year hence the 2022 in the title.

Some key scenes are already done. Here is one, enjoy. 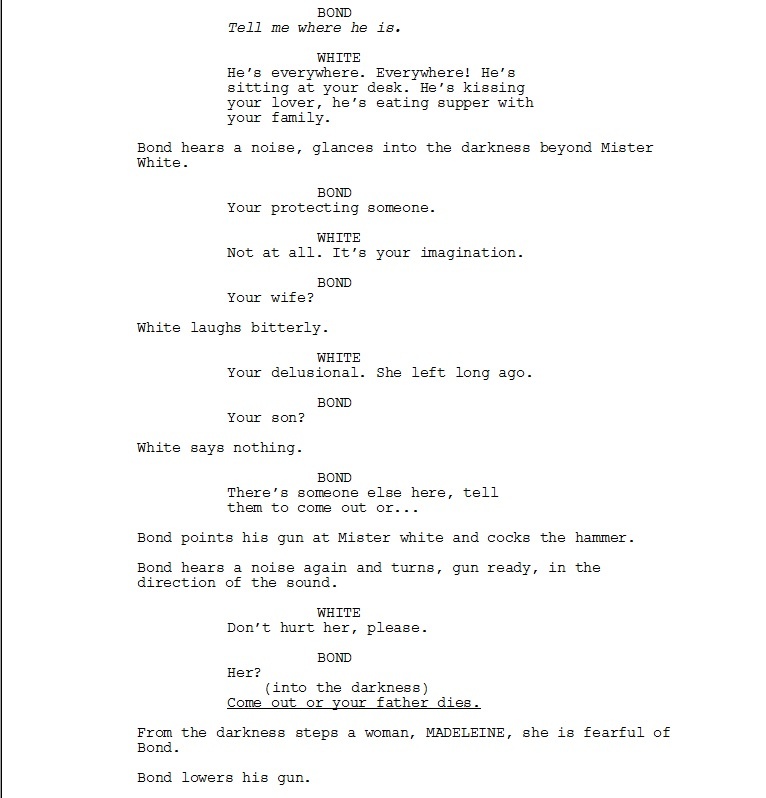