Her Majesty's DBS Restoration Update: She is in Primer!

The aluminum body was penned by William Towns, and is most evocative of the period. Every muscle car of the late 1960s has that certain cache, and I say it started with Towns design. Aston Martin kept that basic body style until the early 90s, when new management changed to the Virage platform. Let us enjoy the most classic and cleanest of Town's designs, the Series 1 DBS.

First, the aluminum must be prepped, and sprayed within a few hours, or you get to prep again. The large areas were covered by a D/A,(dual action sander), wielded by the man who is going to paint the car, Alex. I did all of the less fun areas, hand sanding and scuffing the recesses... 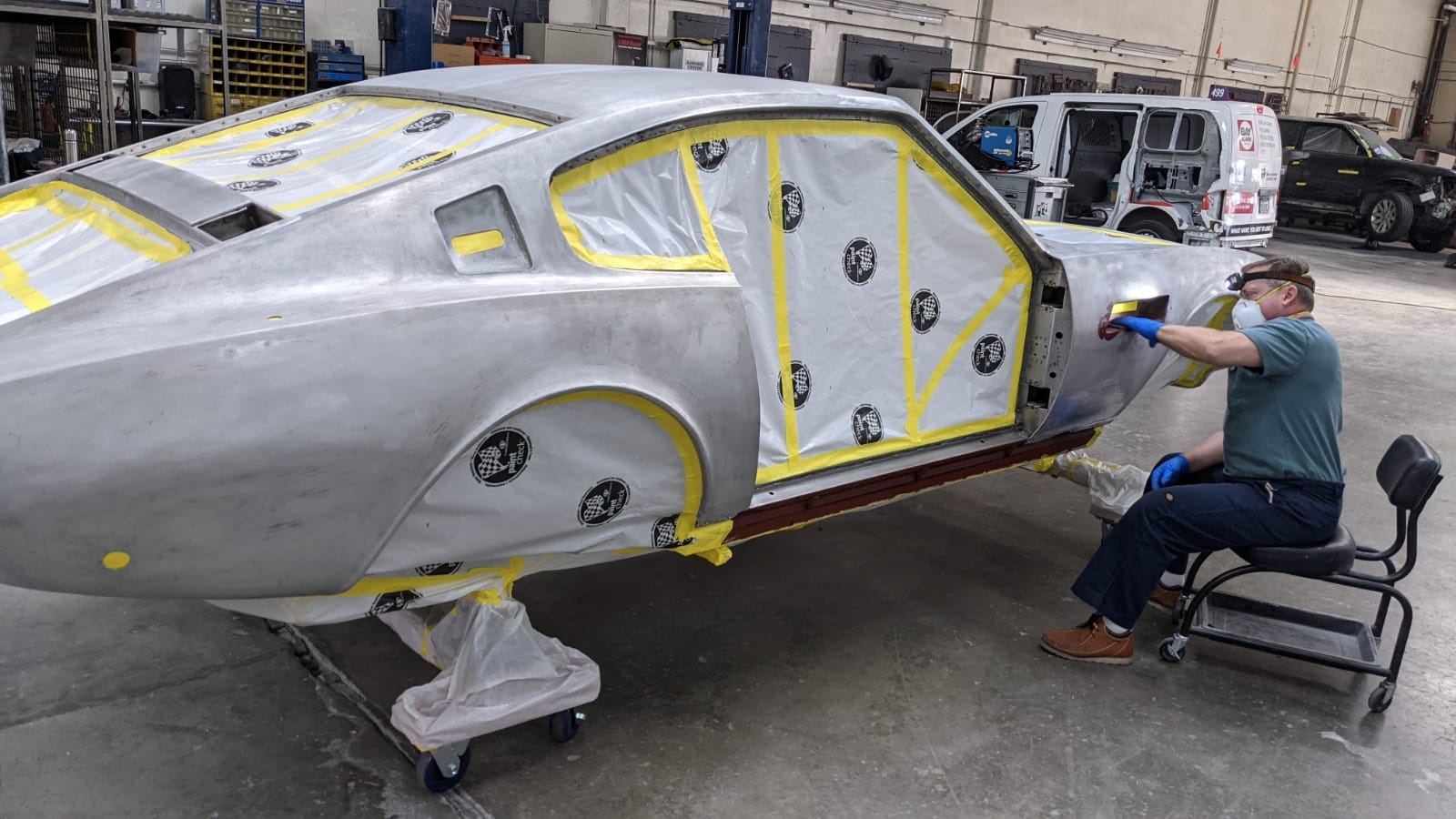 Started that day around 7AM, and by 6PM, we wheeled her into the booth...

Gleaming aluminum ready for primer. Very tempted to clearcoat and call it a day, but that would not be true to OHMSS, so she shall be Olive. 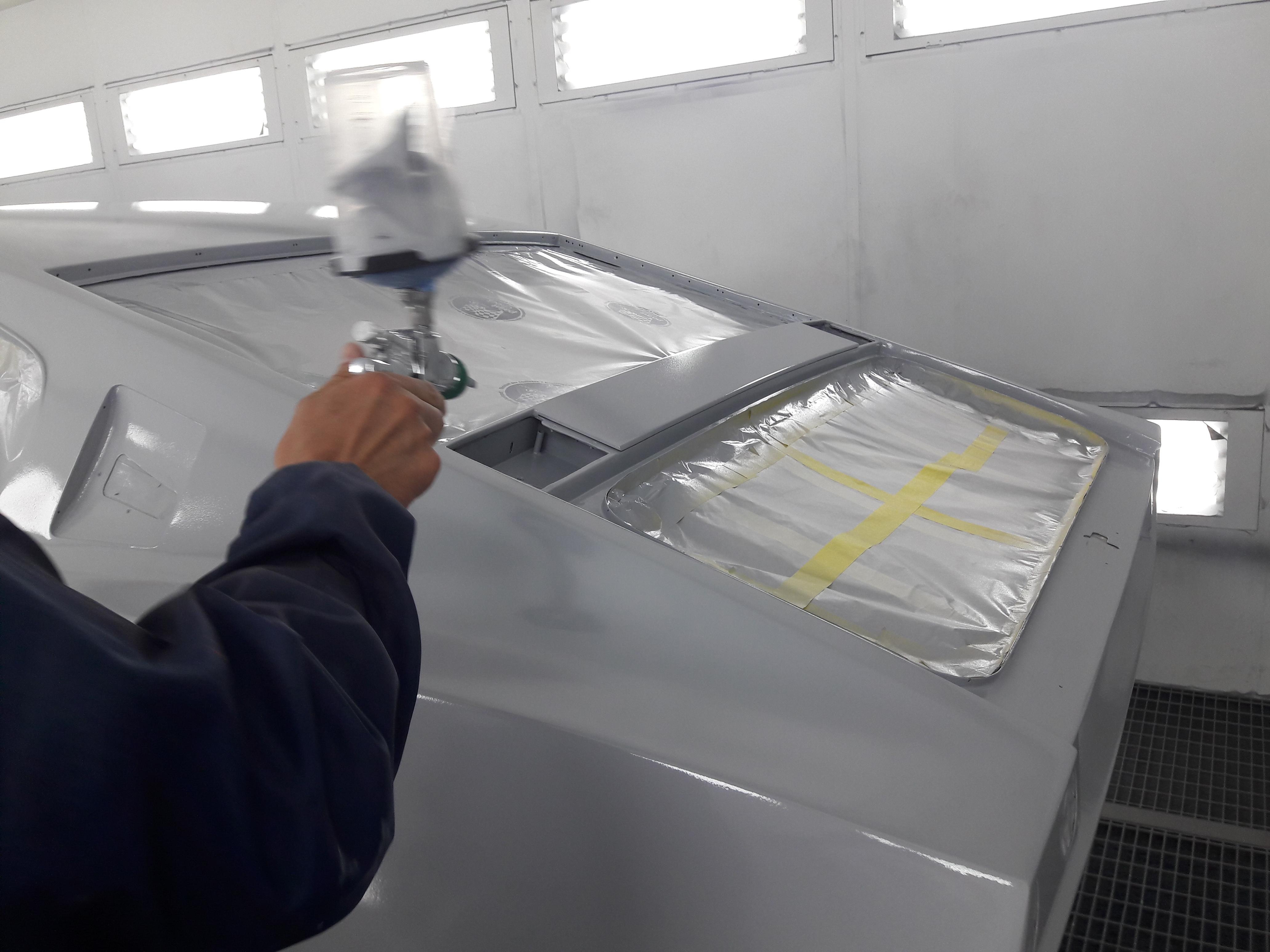 That is PPG's DTM (Direct to Metal) epoxy high build primer. 3 components: primer base, reducer, activator, and reducer. Short pot life, so you have to plan your spraying schedule well. It is important that your painter choreograph his movements to reflect the body surfaces. All of this is a warm up for the final topcoats, and Alex will now have muscle memory to achieve the best results. 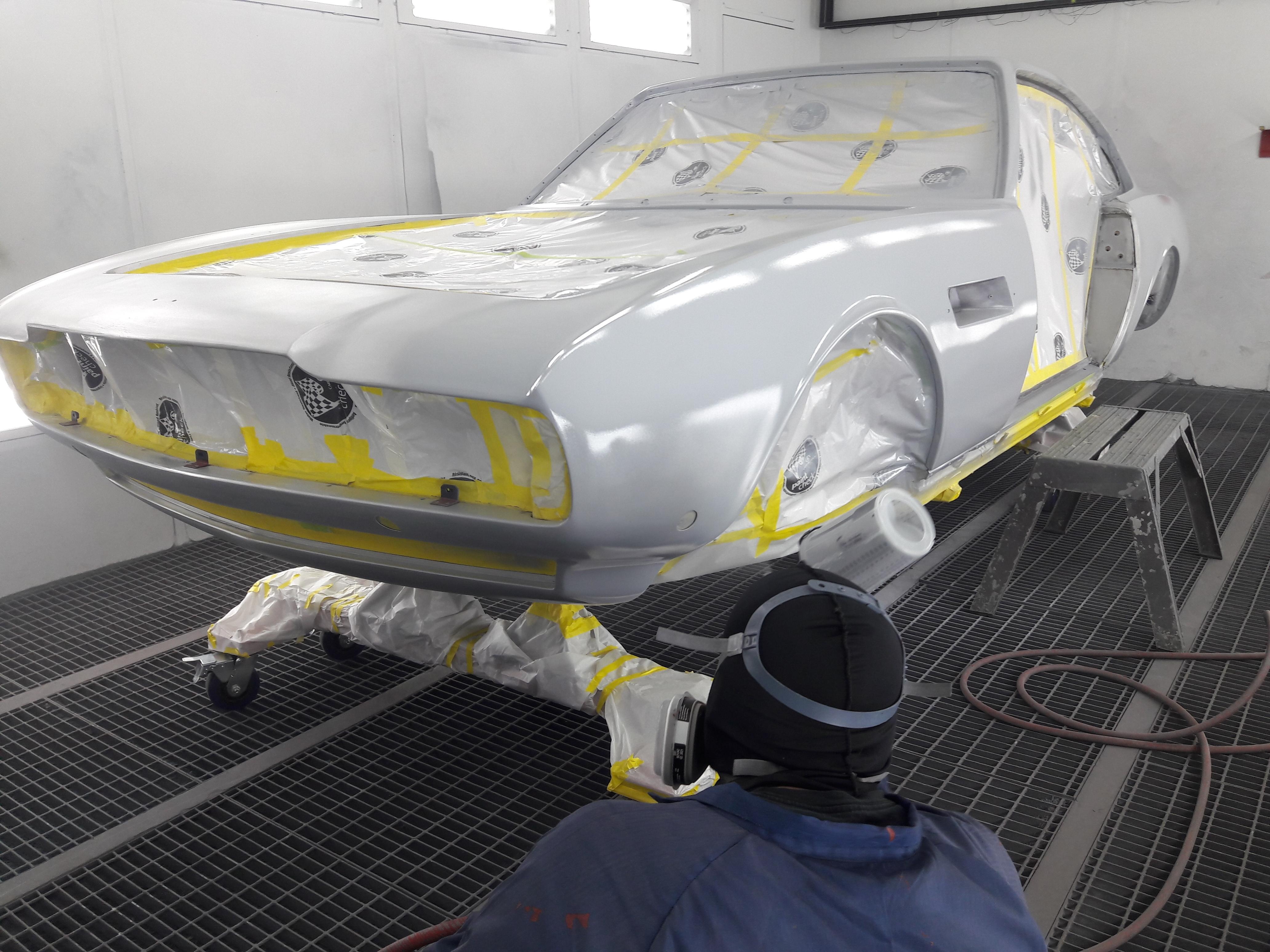 Note the masking of the undercarriage. No overspray here! many shops do not perform this step for cost cutting.

The primer will form the base for subsequent fillers and topcoats. 2 thick coats, and she rested overnight before being moved to my work area to begin assembling doors, boot lid, bonnet lid, fuel doors, etc. The next process is the block sanding which will ensure a straight body and is the unsung hero of a great paint finish.

Getting the gaps right again. We set everything up in bare metal, and now imperfections that are hard to see in metal become apparent with primer on them. The red oxide will be covered in the grey epoxy once any more metalwork is done. The lower right corner of the boot lid needs some attention, so my metal expert is coming for a visit- along with the rear bumper and some trims that he worked on.

Hope that you've enjoyed out journey into the spray booth. It's not apparent to most what goes in to the restoration of a classic car, let alone as Aston Martin, which is a hand made car. The hours going backwards, frustrations, then joys all are wonderful experiences that I would not wish on any of you!