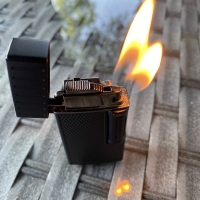 This is where we leave you Mr. Bond. (Pilot, Apollo Airlines)

This discussion has been closed.