What No Time To Die means; Bond and the Anglo-Saxon warrior code. SPOILER 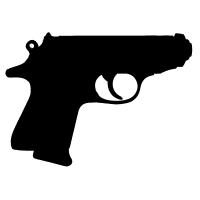 I have enjoyed reading many of the threads on ajb007 about "No Time To Die". I've written a detailed critique of the film. What might surprise you is that Bond's death makes sense. How? "No Time To Die" is a retelling of the myth of Beowulf.

"Bond is a particularly British paragon, a blend of Christianity with the Pagan warrior's code. Much of Bond's morality is pre-Christian. The Anglo-Saxons measured a fighting man by his adherence to honour won in battle, courage, loyalty, generosity, and they valued fair play and truth."

Building on some of the points raised by @thegreatgalling's perceptive review (https://www.ajb007.co.uk/discussion/54249/spoilers-i-figured-out-why-some-of-us-hated-it-analytical-review);

"BOND WASN’T KILLED. HE KILLED HIMSELF." - This is true. And in my opinion it wasn't like Bond at all. Until one considers that under the Anglo-Saxon warrior code death in battle is the finest honour.

One can argue there is a Christian sub-text of sacrifice. That's true too. But the mythology of the warrior culture and its values predate widespread Christianity in England. Scholars agree that Beowulf was transcribed by Christians but the subject is Pagan and the core values are Anglo-Saxon Pagan. Bond in NTTD is Pagan Bond.

If one goes back to Beowulf it becomes apparent that the purpose and meaning of the hero's death is honour and perpetuation through history. It has nothing to do with the Christian notion of behaving well so you get a good afterlife. The Pagan concept is present and practical. Death in battle is the finest way a warrior can cement his enduring reputation.

The Bond in NTTD is not modern mythology. He is Old English mythology in a modern guise. As such, Bond is the Anglo-Saxon warrior personified.

Have you ever wondered why Bond doesn't do forgiveness? That's because forgiveness is a Christian ideal. It has no part in a warrior society. Bond is never going to let Blofeld off. The Anglo-Saxon warrior code expects retaliation and blood feud. There's a whole vocabulary in Old English devoted to such matters.

Of course, there's much more to NTTD than Pagan Bond. If you're curious, the whole critique is at https://blog.lightspell.pro/lightspell-critique-no-time-to-die.html

Author of The Lightspell Critique: "No Time To Die."