BOND 26 and beyond: what future for the saga. 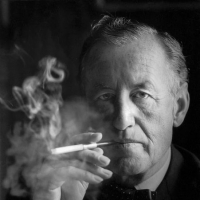 NTTD isn't just the end of the Craig era: we know, James Bond is dead (and yes, we have more theories ... like me). We saw something that never happened to the other fellas...

The only thing we know is JAMES BOND WILL RETURN.

I would try to look beyond: what happens now? How could be a new Bond?

The first thing: we have to think about how much the Bond movies have changed with DC and how the world is different now. I love Connery, Lazenby and Moore but after the Me too, after the pandemic in my opinion it is difficult to see something similar. It is difficult to imagine a new Bond movie set in the 60s, primarily for marketing.

Craig's movies are a turning point, from where it's hard to go back. What they left us can be summarized in two quotes. The first is from Judi Dench's M in Skyfall (and this is a perfect representation of contemporary world): "I'm frightened because our enemies are no longer known to us. They do not exist on a map. They're not nations, they're individuals. And look around you. Who do you fear? Can you see a face, a uniform, a flag? No! Our world is not more transparent now, it's more opaque! It's in the shadows. That's where we must do battle."

The second line is about Bond, and is from NTTD, YOLT novel and Jack London: "The proper function of man is to live, not to exist. I shall not waste my days in trying to prolong them. I shall use my time."

This quote is the meaning of Craig's Bond but I think it is a good point of view about the meaning of life. Society is changing after pandemic and lockdowns and we fight to save billions of lifes. Something of similar it has happened in recent history after 11th September.

Barbara Broccoli said, in the "Being James Bond" documentary that they come back to Fleming when there is a new start. Many of Fleming's ideas are still relevant today and at the same time his Bond is dark and introspective.

So I think that a "human Bond" could back. And also we have no nations to fight, but organizations or virus. So SPECTRE could return, an other time. Blofeld could back as the perfect representation of actual enemies. Also they could create new characters (strong females etc.).

But between these points and the story of the saga, the right way could lie in the middle and NTTD represents, leaving out the plot holes, an example.

All this was intended to be a more philosophical reasoning than based on more concrete developments. But I would like to start from this in order to reflect, together, on what James Bond really will be in the coming years.