Bond Behind the Iron Curtain by James Fleming 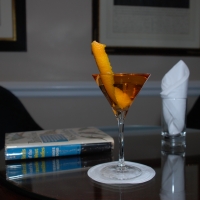 I have just finished reading a new book entitled "Bond Behind the Iron Curtain" by James Fleming, nephew of Ian.

This small volume delves into the reaction in the Eastern Bloc to Bond, or perhaps more correctly, to the enormous popularity of Bond throughout much of the world at a time when we were all wrapped up in the Cold War. Some of the stories I had heard before, although generally not in as much detail, while others were new to me. Fleming has clearly done a great deal of research into the topic and the result is a very readable, rather entertaining, and highly informative new angle on Bond and his genuine influence on the Cold War.

Adrian Harrington Rare Books have signed first editions in stock for just £25 which makes it a perfect Christmas present for...ourselves!