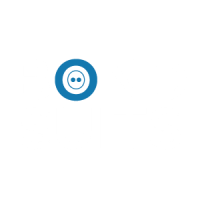 Matt S Oh Cult Voodoo ShopPosts: 6,550MI6 Agent
October 2020 in James Bond Music
I was just listening to The World Is Not Enough soundtrack, which features them beginning to end. I used to be bothered by them. At the time I felt that they were too un-Bondian, while I was in favour of the jazzier beats that had come to be a hallmark of many of the classic Bond scores or the purely orchestral sounds of scores like Moonraker and AVTAK.

At the time of TWINE I thought they would date the film, but now I'm liking them more than ever. Like the TLD drum machine or FYEO's funky drumming, the TWINE and DAD beats and other electronic sounds are very much of their time. But they give the films so much energy and really make the music fun to listen to. I'm no techno expert, but to my ear they're done exceptionally well.

What are your thoughts on these electronic beats? Love them or leave them?
Visit my blog, Bond Suits