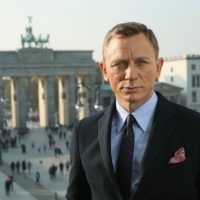 After a few months on this forum I feel ready to open my first topic. I want it to be useful, and in relation to why I found ajb in the first place, which was browsing for Bond-related (mostly Daniel Craig era) clothing. This forum is a tremendous resource on the subject, but imho there is a problem: A lot of information gets buried in topics which are (legitimately) not only dedicated to finding stuff, but also to discussion.

Additionally, many of the clothing enthusiasts try and get the items close to the movies‘ release, so that activity on the topic tends to ebb away later.

Inspired by this thread from 2014 (http://www.ajb007.co.uk/topic/43250/craig-era-budget-alternatives-in-2014/), which now contains mostly dead links to sold-out items unfortunately, I am therefore proposing a topic as the title suggests. This would be a thread where everybody could contribute links, pictures, and opinions on Bond-inspired or even just similar clothes (as usual), with the crucial difference that I would then from time to time edit these into a well-arranged original post, as well as remove dead links.

My „dream“ is one central place to find all current possibilities for a Bond wardrobe (on a budget).

There are two possible concerns, however, on which I would like to ask your opinions first. Hence this thread.

1) Whether it should be split up into individual threads for each movie, because of the sheer number of items (is there a character limit for posts?) and

2) Whether anyone might be unhappy with such a „centralization“, because it might take away the „credit“ from the original finder. This goes for ajb as well as other blogs which I sometimes browse. I know there is no copyright to finding items in online shops, but I don’t want to ruffle any feathers.

It should also be noted that while I have read what feels like a thousand posts on the topic, I am relatively new to collecting and won't be able to comment personally on most items.

Of course any other suggestions as to the structure of the thread(s) are very welcome as well.

Looking forward to your opinions, so hopefully this can get under way. :007)
"I'm afraid I'm a complicated woman. "
"- That is something to be afraid of."