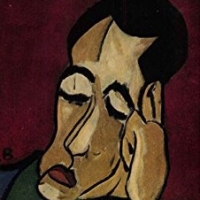 Writer's Block - have you ever had it?

Do you believe it exists or is it just a feeble excuse for inability to write?

How do you try to overcome it?

I write non-fiction articles, mainly on James Bond and I have had writer's block for a while now. I have plenty of ideas but it's getting them down on paper that is much more difficult than thinking them up initially.

It's usually applied to writers of fiction, but in reality any kind of writer can get it.

Let's discuss it in this worryingly blank space.