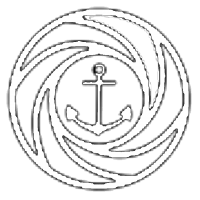 JTM Posts: 3,027MI6 Agent
January 2019 in No Time To Die (Bond 25)
Watching a few videos today of the astonishing Aston Martin DBS Superleggra got me thinking about the "Bond car", if there will be one, and other vehicles that are going to be featured in B25. With filming beginning soon, the models surely must have already been picked by B25 production and the relevant manufacturers and if they're going to be all new models, their production must be well underway.

Will we see Bond in a yet to be announced upcoming Aston Martin model, a special Superleggera edition, Aston's upcoming DBX SUV, a one off Aston like the DB10 in SP or something completely unexpected—maybe a model from another company?

What about other non-Bond vehicles? Is Jaguar Land Rover going to get another call up to supply vehicles for use by the villian, MI6/government etc? After watching Jaguar's great Rendezvous/It's Good to Be Bad ads from a few years ago, I wouldn't mind seeing a model from them featuring—possibly one of the sports car driven by the villain.
«1234»