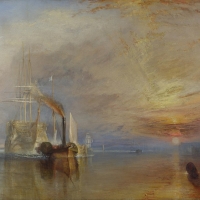 Barton Perreira is entering into a global licensing agreement with EON Productions to introduce additional eyewear collections over the next three years. EON is the production company for James Bond films. This is the second arrangement between the two companies, as Barton Perreira is the eyewear partner featured in the upcoming James Bond film, No Time To Die slated to be released in October. The Barton Perreira x 007 collection consists of three sunglass styles: Joe, Norton, and Courtier which will be featured on-screen on the principal characters in the film.

Under the new terms, Barton Perreira will work with EON to develop “The Legacy Collection,” which are reimagined eyewear styles inspired by the vintage Bond films. “We are delighted to continue our relationship with EON Productions to develop more eyewear collections for the Bond franchise," said Bill Barton, co-founder and CEO of Barton Perreira. "Our latest agreement follows the exceptional success of the Barton Perreira x 007 collection. We look forward to bringing our customers and Bond fans more ways to engage with the movies through our eyewear.”

Additional details regarding the collections will be announced in the coming months, he said.