Back in 2006 while doing a spot of consultancy for Christies auction house, the then Bond armourers and a major UK based retail prop emporium I was responsible for announcing to the world that despite what the armourer/quartermaster or Major Boothroyd character had said on screen in 1962's production of Dr.No. the weapon said character handed to Sean Connery's 007 from the second its magazine left the wooden case to the second Sean holstered the weapon its profile was that of a PP pistol and not a PPK!

When Christies announced to the world that part of the future auction inventory would include a Walther PP and not a PPK they were contacted by a number of respected Bond aficionados who informed them they were in error! I was then asked are you 100% sure?

In 2018 when a PPK surfaced on the auction circuit claiming with provenance to be the actual PPK which actor Bernard "M" Lee had brought to Pinewood Film Studios and used in the famous scene in question some including one who should bloody well have known better again posed the question "are you sure the Walther pistol was not a PPK?" This pistol was later withdrawn from sale.

Jump forward to 2020 after a dark time in my life which made the world press and my temporary withdrawal from anything Bond, I decided to accurately restore my Thunderball towsled to screen standard as there were a large number of details which were incorrect from a previous restoration. To do Jordan Klein's creation justice I broke out the Thunderball bluray and laser disc box set and started taking notes and pulling screen grabs with surprising results. While viewing said laser disc and then bluray I decided to look at in detail the Palmyra night shoot out sequence, in particular the bit when Bond's PPK falls from the roof and discharges. There has always been some controversy over what that pistol was? however something else had grabbed my attention, the flash from the barrel of Bond's Walther when he was getting Largo's goons to shoot at each other. Freeze framing the the slide looked too long because of the distance between the ejection port and tip of the muzzle to be a PPK in fact I could not believe what I was looking at "f**k me, that's a bloody PP! This spot of research kicked off with the above image where even accounting for muzzle flash the slide appeared to be too long? Additionally from the small glimpse of the grips they appear to be too flat where the PPK grip is more rounded. I then noticed things such as the safety catch was off, the hammer was cocked and Sean was demonstrating correct weapons procedure by resting his trigger finger along the side of the trigger guard (third image)....Amazing!

I was going to reveal this revelation in The Most Famous Gun in the World 2 however I have not even revealed this to said publication's editor in case said volume never makes it into print? A possible online edition does not really rock my boat after 10 years of research! 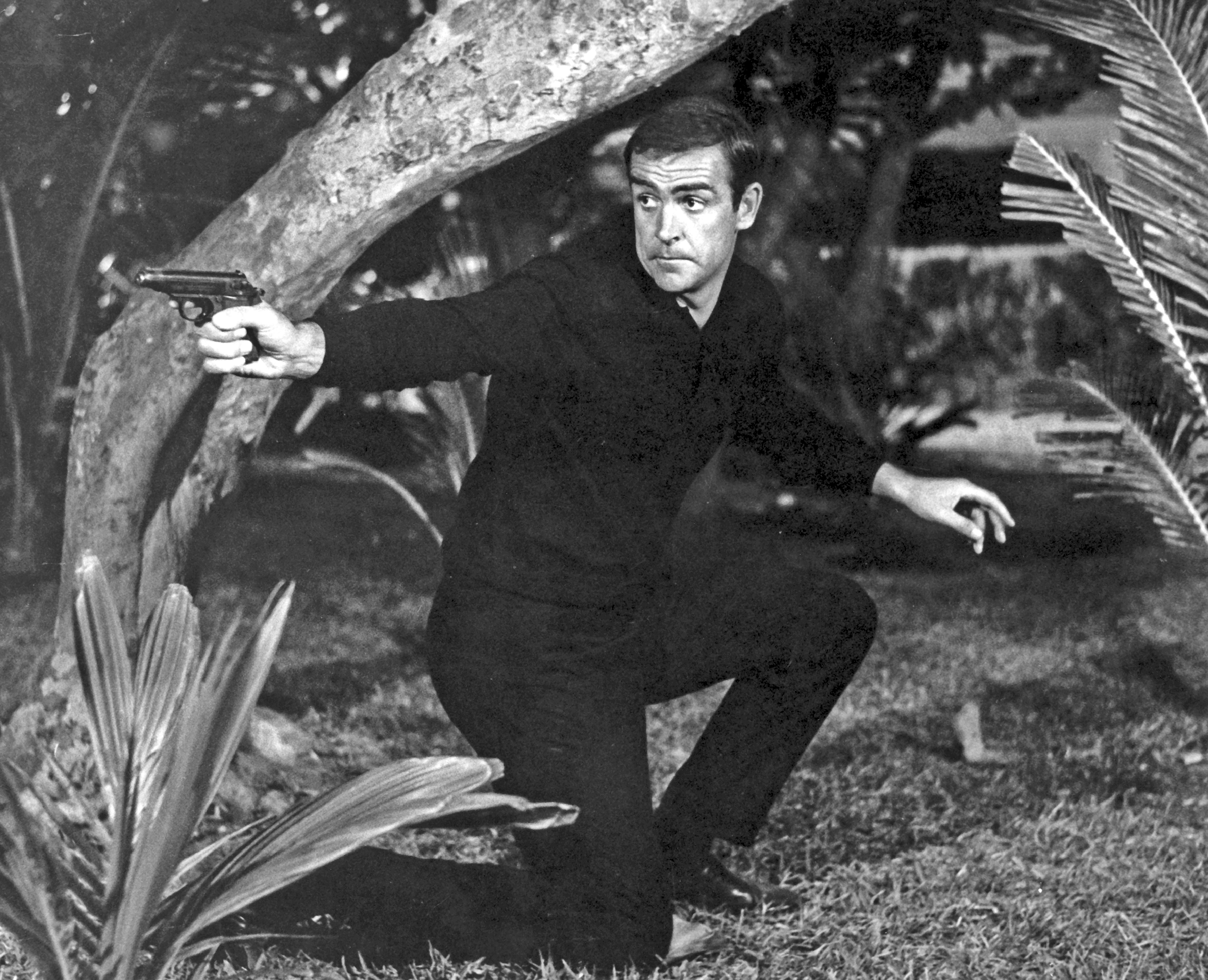 Looks like someone forgot to bring Bond's PPK to set? still it was at night during a power cut!