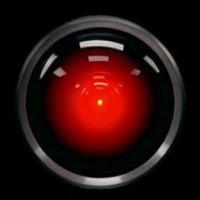 IEUTD2 is a spy based puzzle game that was recently released for most VR headsets including the standalone Oculus Quest. It's the second game in the series and after spending a few minutes with either one it quickly becomes clear that the developers are serious James Bond fans. If the game's title, based on that classic line from Goldfinger doesn't clue you in, you'll quickly find more references both subtle and more overt once you fire up the game. The opening credits - usually the part that you skip right away in most games - feature a song right out of a James Bond movie complete with animated trippy visuals. There's even a few riffs on the gun barrel sequence from the PTS that starts each movie.

You play as a secret agent sent on various missions in numerous locations by a handler with a distinctly British accent as you try to foil the nefarious plans of a secret criminal organization.

Gameplay takes place from a seated position as you interact with items within your grasp to solve the puzzles presented in each mission. For example, the first level has you posing as a stagehand at a theater where you must protect the prime minister from an assassination attempt by poisonous gas.

The game has a really nice tactile feel to it as you use your hand controllers to pick up, throw, shoot, or otherwise manipulate the objects around you. Since you are always seated in one place it's a very comfortable experience that won't trigger motion sickness in newer VR players like more advanced games can. The atmosphere is definitely tongue in cheek and the puzzles can be quite challenging so expect to die a lot as you figure out what to do - thus the title of the game.

I really enjoyed the first game and based on my limited play time the second one looks to be just as good. If you have a Quest or are thinking about diving into VR I'd strongly suggest giving the game a look, or at least check out some playthrus on YouTube.