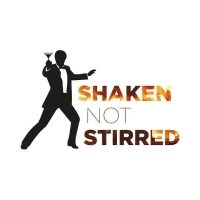 We're delighted to confirm that iconic Bond girl - Madleine Smith will be joining us at - You've Had Your Sixty.

Madeline has some fantastic stories on set from this film and working alongside Sir Roger. Madeline also has appeared in an incredible amount of cult films including - Up Pompeii, Carry On Matron, The Amazing Mr. Blunden, her hammer horror films include: The Vampire Lovers, Taste The Blood Of Dracula, Tam-Lin, Theatre of Blood and Frankenstein and The Monster From Hell.

Madeline is a delightful lady with some amazing stories working with the industries greatest iconic actors and comedians.

If you want to meet and chat with Madeline, book your tickets today: https://shakennotstirredevents.seatlab.com/