Hi.In the movie " Goldfinger" , who is lying on the floor in the airplane after Auric Goldfinger has gone out the window.....? best regards jimmy 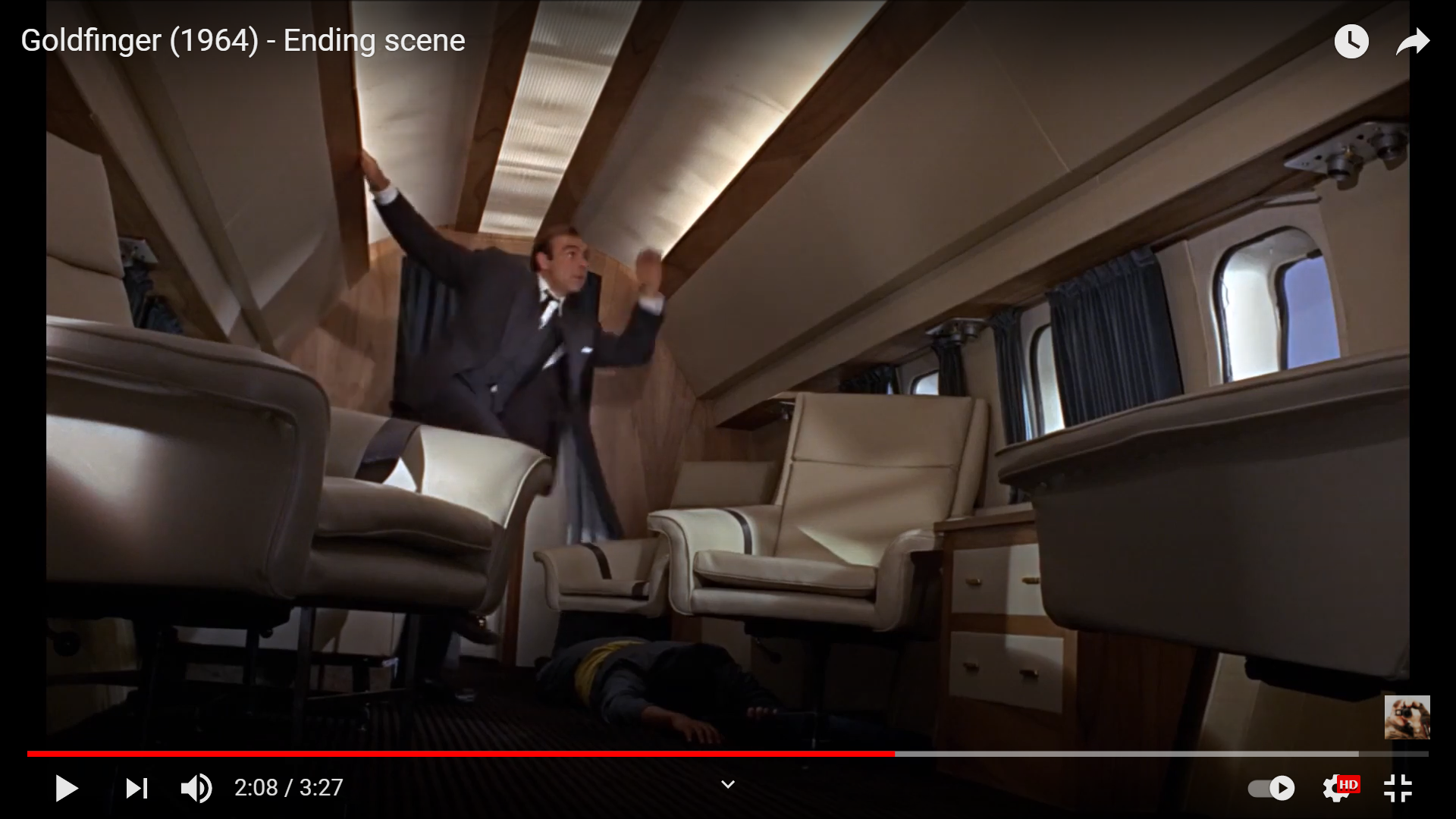