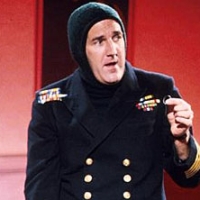 Thunderpussy Behind you !Posts: 63,743MI6 Agent
March 2009 in General James Bond Chat
Any members got a opinion on the quality of the Front Of House posters used today.Most modern Posters used to sell the movies are mainly photographic ie. QOS Bond and Camille walking from the burning hotel.IMHO the older posters were much better,I always remember as a boy seeing the poster for LALD. Roger Moore gun across chest Tarrot cards showing the other characters,speedboat coming out of the crocodiles mouth etc.Just looking at it was exciting and I pestered my older brother to take me to see it.
All drawn by talented artists and of course they look great now mounted and hung on the wall. Can't seem to get the same emotional responce to the modern ones,The international for example is just a selection of stills from the film on a black background. Not much imagination there.I realise the golden age of the film poster has passed but it's a sad end when all a modern poster has to be is a few sill shots and the names of a couple of actors, far from the fantastic works of art they once were.:(
"I've been informed that there ARE a couple of QAnon supporters who are fairly regular posters in AJB."