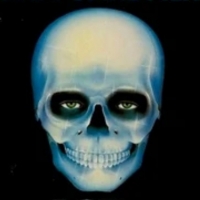 Silhouette Man The last refuge of a scoundrelPosts: 7,690MI6 Agent
November 2014 edited June 16 in Off Topic Chat
Here is a thread to discuss the TV detective inverted mystery series Columbo. Columbo ran for a total of 35 years and 69 episodes, from the first standalone episode in 1968 (Prescription: Murder) until the final 'special' episode in 2003 (Columbo Likes the Nightlife), making it the longest running TV series in history.

Here we can discuss episodes, themes, characters, Lt. Columbo himself, Peter Falk etc. Really just anything Columbo related! There are plenty of interesting James Bond connections with Columbo too, as they share a good few of the same actors.

I hope this turns into an interesting discussion thread and that there's always "Just one more thing..."
"The tough man of the world. The Secret Agent. The man who was only a silhouette." - Ian Fleming, Moonraker (1955).
«123»